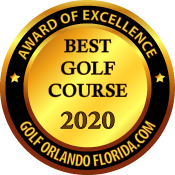 Bender, owner/operator of the Mike Bender Golf Academy in Lake Mary, Fla., is one of the inaugural coaches in Golf Channel Academy (GCA), a dedicated network of teaching facilities. Select Golf Channel Academy coaches also are being invited to appear on the network's news and instruction shows, including The Golf Fix and School of Golf. Bender has made multiple appearances on Morning Drive; he was one of several PGA Professionals to take part in National Instruction Day on Golf Channel in early May.

"I'm thrilled to have the opportunity to appear on Morning Drive once again," said Bender, "especially with golf making its long-anticipated return to the Olympics this week. "It's a very exciting time for golf and I look forward to sharing some of my insights on the swing and what the players will have to do to bring home the gold."

Located at Timacuan Golf Club, the Mike Bender Golf Academy is one of the best golf schools in Orlando.

The 2009 PGA National Teacher of the Year, Bender has been a mainstay on Golf Magazine's list of the Top 100 Teachers in America since its inception in 1996. He also has been recognized as the North Florida PGA Section Teacher of the Year four times (1996, 1998, 2005, 2007). A former PGA Tour player, he is perhaps best known as Zach Johnson's long-time swing coach, having been by Johnson's side for all 12 of his PGA Tour wins, including two major championships.

Some of Bender's other notable students include PGA Tour winners Jonathan Byrd, Lee Janzen and Chesson Hadley, as well as LPGA Tour winners Seon Hwa Lee and Chella Choi. He is the author of two books: Golf's 8 Second Secret: What Separates Golf's Greatest Champions, and Build the Swing of a Lifetime: The Four-Step Approach to a More Efficient Swing. He also has written dozens of articles for such golf publications as Golf Magazine, Golf Digest and PGA Magazine.